Are you using DeepMeerkat just for motion detection? If so, make sure to select the advanced options. 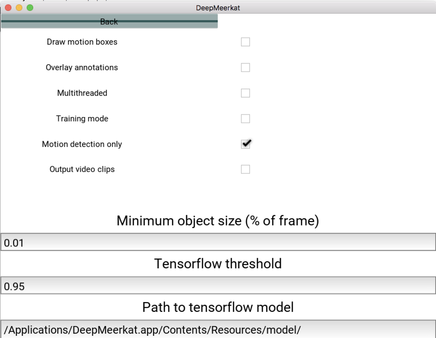 For a general overview, check out an intro I recorded for the 2018 Tropical Manakin RCN Meeting in Panama

Getting the most out of DeepMeerkat

Below is a conversation I had with a recent user group. I think it will help other users as well.
Here is their video sample.
"Hi Ben - Default settings returned about 14% of frames. How can we improve?"

My thoughts:
​
Camera placement: Go a bit closer, that grass tuft on the left is hurting you at a critical moment. 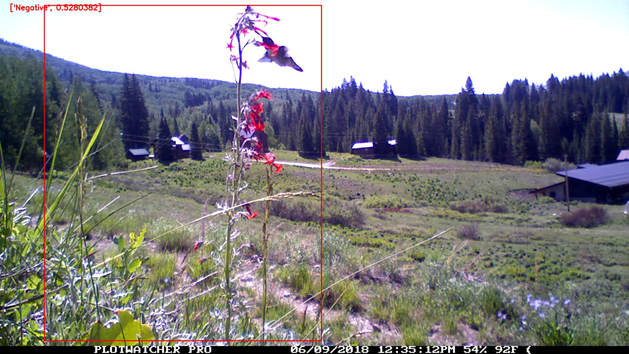 The reason this was scored negative is that bounding box is a bit too big, because the grass was also moving (you can turn the box labeling on in advanced settings). Had you been a bit closer, (or just pulled back that grass) you would have been good. When the bounding box hits it, the detector works great. This is great news! 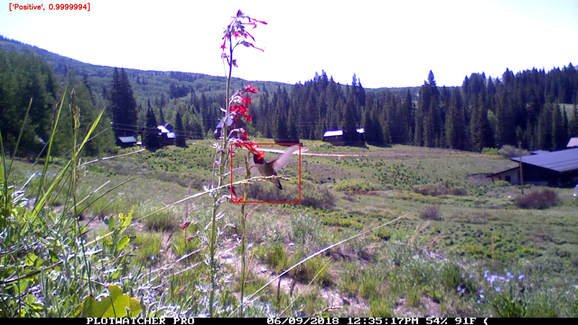 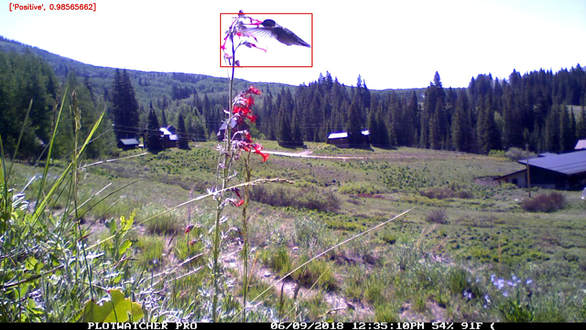 Small deviations in the flower aren't going to trouble it. Here it had two boxes, and correctly sorted them. 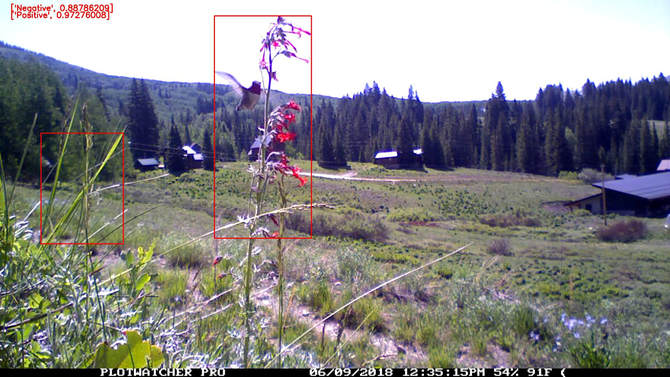 "But why did i get so many frames back?", you might ask. The software is designed to be conservative.
In advanced settings, there is "tensorflow threshold". 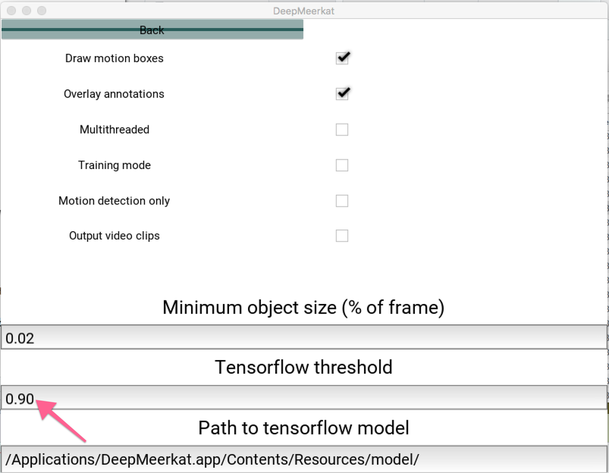 This says "only ignore negative frames if they have a probability greater than 90%". The default is 95%. Given the performance of what i've seen so far, you can carefully bring that value down, you will get much less frames. Even if a few frames are misidentified, they will still returned to you. For example in that first image, the model basically says, its 50-50, i have no idea. 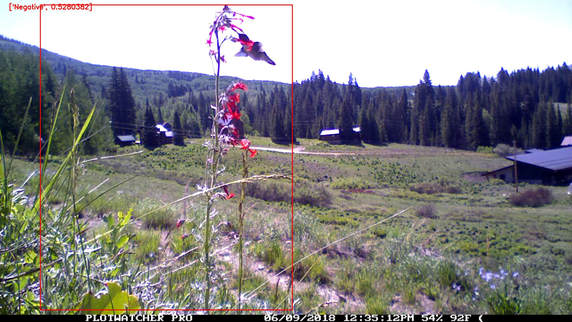 But you still get that frame back, because it is less than the 90% threshold you set. Since our goal is to return the frame to the user, we still consider that a win.

Let's run an "aggressive" strategy. Set the tensorflow threshold of 0.7 and a min size of 0.02.

Result: 6.2% frames returned, and still has many hummingbird frames.

​From that perspective, it looks pretty good!

With the publication of the article in Methods in Ecology and Evolution, I hope there will be many users hoping to train their own models. I was just contacted by Bette Loiselle and her collaborators studying manakins in Central America. Manakins are communal lekking species with males performing elaborate displays!
The goal of using DeepMeerkat is to find the relatively rare periods of time when manakins are present. Let's go through the process of training a new model. I'm going to try to present this as much as possible from a new user's perspective. I'll add in some thoughts about decisions specific to a project. 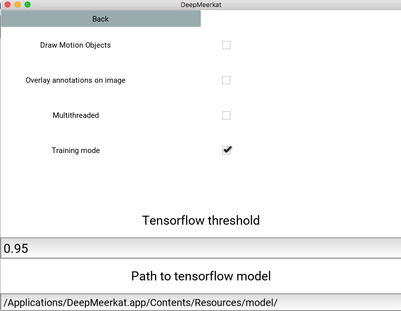 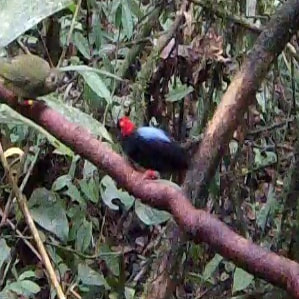 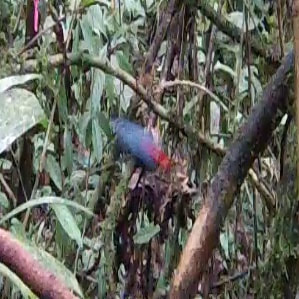 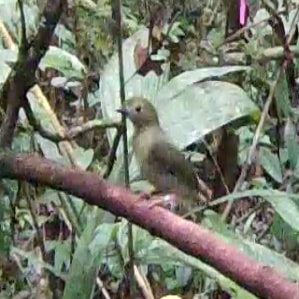 Advanced Training: For most users, the above strategy will work well to generate training frames. For those ecologists accustomed to the command line, I wanted to take a brief second to show how we can manipulate a couple arguments that might be useful in special cases.

Next steps: Now that we have images scored as Positive and Negative, its time to train our model. Let's head on over to github to look at cloud-based training (recommended) and local training.
Powered by